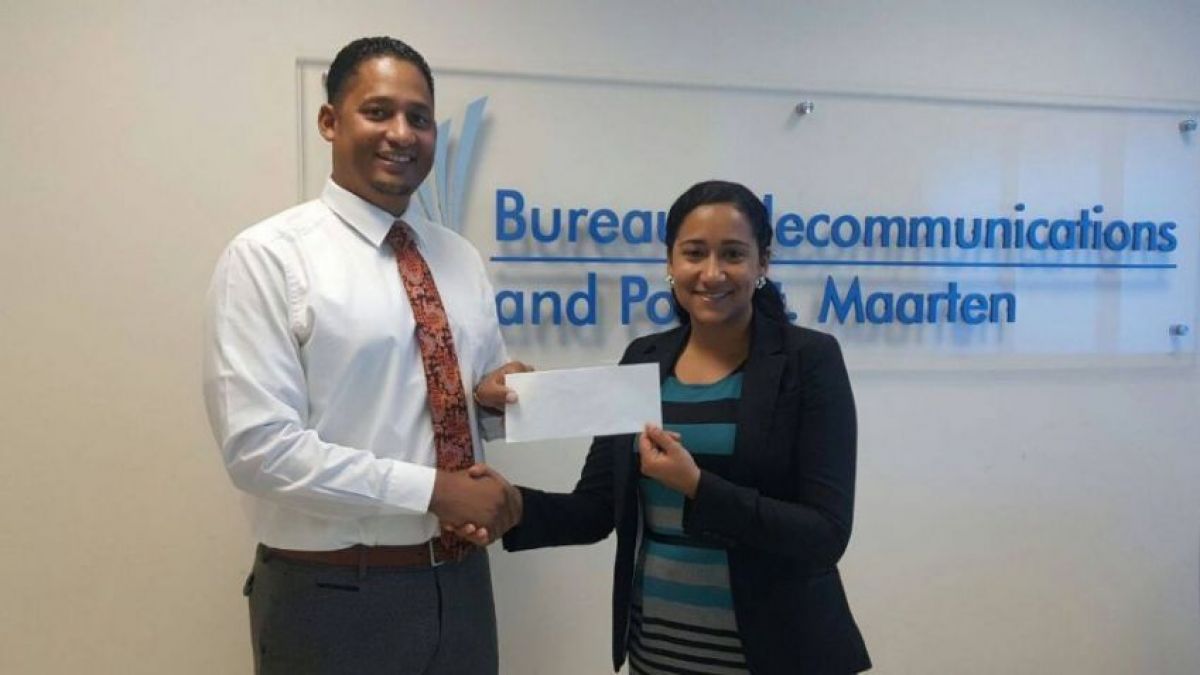 Published on: Jun 19, 2017
Bureau Telecommunications and Post St. Maarten (BTP) recommits its support for the second Dutch Caribbean Women's Soccer Cup (DCWS2017), which will be held on June 23rd -25th, 2017.

This is the second time BTP has joined the DCWSC and BTP fervently believe in the further development of (women's) football on Sint Maarten. Oualichi is grateful for the support of its sponsors to make this international club event a success and thanks BTP for the donation.

The DCWSC is a one of a kind, three-day, event which will accentuate the importance of female camaraderie by welcoming and supporting female football players from the Dutch Caribbean.

All games will be played at the Raoul Illidge Sports Complex. Sint Maarten will start with the opening game on Friday the 23rd against Bonaire at 20:00pm, Saturday against Aruba and final game on Sunday the 26th against Curacao, all the same time.

Advance tickets for the entire weekend are for sale and price for advance tickets are $10.00. Advance tickets holders will also get a chance to win many sponsored prizes during the event that will be raffled during each night.

Sponsors who want to join and contribute to this sporting event can contact oualichisoccer@gmail.com or via the Facebook page- 'Dutch Caribbean Women's Soccer Cup' and the 'Oualichi Women's Soccer Association'.
More Publications